The Grand Jury in Sonoma County

The Sonoma County Civil Grand Jury (CGJ) and its predecessor, the Sonoma County Grand Jury (GJ), is an independent institution with the principal function of overseeing all aspects of county, special districts and city governments in the County to ensure that the best interests of its citizens are being served.

The annual final reports contain findings and recommendations from multiple areas of investigation; one or more responses from relevant agencies accompany most findings. In 2009, the Superior Court of California (Sonoma County) reconfigured the body as the Sonoma County Civil Grand Jury. As a result, reports issued by the Grand Jury prior to the 2009-2010 report are collected as the Grand Jury Final Reports (SCG.00014.02), and from 2009-2010 forward, Civil Grand Jury Reports (SCG.0079).

The Grand Jury in Sonoma County

The nineteen Grand Jury members are selected annually from applications submitted by County residents to serve a one-year term.

The CGJ conducts investigations based on citizen complaints and on its own initiative.

A minimum of twelve members of the nineteen must authorize an investigation. In contrast to a criminal grand jury called by the District Attorney for investigating special criminal cases, the Civil Grand Jury is authorized in conducting its inquiry to:

Committees carry out authorized investigations under the supervision of the plenary. They evaluate the procedures, methods, and systems used by the various agencies to determine if their operations are fair, efficient, economical, and legal. Ad hoc committees are created as circumstances warrant.

Grand juries have existed in California--and in Sonoma County--since the original constitution of 1849-50. There was a gradual evolution of the process during the following 30 years that defined its basic concepts and authority. The 1872 California Penal Code and subsequent legislation in 1880 further defined the functions and scope of investigations, with additional modifications since then. Sonoma, like eighteen other counties, provides for both civil and criminal grand juries; the Superior Court renamed the County's body as the Sonoma County Civil Grand Jury in 2009 to make the distinction clear.

See the Sonoma County Civil Grand Jury site  for more information and for access to individual reports and responses. 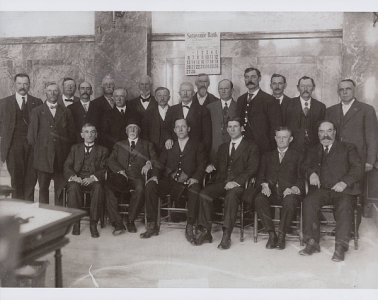 This is from the quartex-front-end repo.