We are indebted to number of organizations who have helped create the digitized collections on this site, whether through direct donations of materials to the Library, making loans for digitization, partnering with the Library to display their own collections, or by financial support. The list below profiles the following organizations and relevant collections: 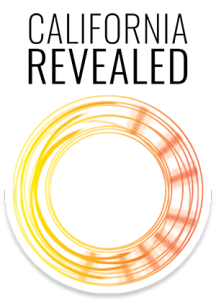 California Revealed has digitized several hundred items for the Sonoma County Library, including the videos in the Sonoma County In The ... Television Series, 1979-2003 (SCG.00009), newspaper clippings about World War II service members, and early yearbooks from Sonoma County high schools (note that only the videos are currently available in Digital Collections).

Friends of the Wine Library

The organization has sponsored a number of interviews with winemakers, growers, and other notable figures in the Sonoma County wine industry from the early 1970s to the present. William Heintz, Carole Hicke, and others conducted the interviews; transcripts have been published as part of the Friends of the Sonoma County Wine Library Oral History Series. 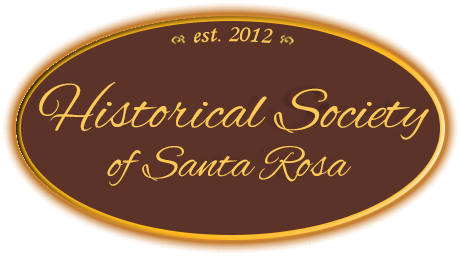 The Historical Society of Santa Rosa's purpose is to promote the knowledge of Santa Rosa’s rich and diverse history in its many aspects and in the broadest sense and to encourage efforts to preserve evidence of the city’s past, including both oral and written records and both structures and landscapes, thus furthering awareness that our history is a seamless web of connections between past and present.

The Society has worked with the Library for various events, including our 2016 Public Scan Day. For that event, we invited the members of the public to bring historical and ephemera to the History and Genealogy Library. Society members and Library staff helped patrons scan their materials; they went home with digital copies and we also put the images online as the Community Contributions collection. 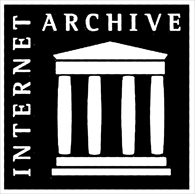 The Internet Archive, a 501(c)(3) non-profit, is building a digital library of Internet sites and other cultural artifacts in digital form. Like a paper library, IA provides free access to researchers, historians, scholars, the print disabled, and the general public. Their mission is to provide Universal Access to All Knowledge.

Internet Archive began in 1996 by archiving the Internet itself, a medium that was just beginning to grow in use. Like newspapers, the content published on the web was ephemeral - but unlike newspapers, no one was saving it. Today they have 20+ years of web history accessible through the Wayback Machine and they work with 625+ library and other partners through their Archive-It program to identify important web pages.

California Listens -- Stories about Being Californian

History & Healing After the Fire

Listening for a Change

Listening for a Change is a Santa Rosa-based nonprofit dedicated to promoting understanding and acceptance of human diversity through education, oral history, and the arts. They work to eliminate prejudice and intolerance in order to promote true acceptance of others. This is achieved by working with communities to develop oral histories and art projects based upon the personal stories of community members who have lost human or civil rights.

The Library has worked with Listening for a Change on several projects -- most notably as a partner in a multi-organization effort to document the experience and impact of the 2017 North Bay wildfires that culminated in a major exhibit at the Museum of Sonoma County in 2018.

History & Healing After the Fire 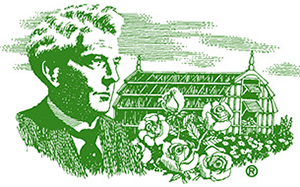 This City of Santa Rosa park includes the home, greenhouse, and gardens where world-renowned horticulturist, Luther Burbank, lived and experimented with plants for most of his 50-year career. The unique urban garden is a Registered National, State & City Historic Landmark, located at the corner of Santa Rosa and Sonoma Avenues in Santa Rosa, California. In addition to the gardens and home, the site also houses the Luther Burbank Home & Garden Archives.

The City of Santa Rosa contracted with the Library to digitize the photographs and postcards included in the LBH&G Archives to provide public access  to these unique materials and to better preserve them. The Association, through its archivist, Rebecca Baker, provided the information about each item for Digital Collections. The archives remain with the City.

Founded in 1983 as a non-profit membership organization, the Russian River Historical Society collects and preserves oral and visual histories, biographies and autobiographies of and about the local citizens and towns.

Through the Russian River Historical Society, many local citizens, young and old, are able to learn about the history of the lower Russian River area at the quarterly workshops and gatherings produced by the Board.

The Society, through River historian John Shubert, loaned the Library a collection of photographs for reproduction, which was later digitized as the RRHS Collection.

The Sonoma County Bar Association (SCBA) is a professional membership association for lawyers and other members of the legal profession. The SCBA provides access to ongoing legal education, and promotes diversity and civil rights in the Sonoma County legal community.

SCBA contracted the Library to digitize and make available a selection of the Association's archives, include photographs, videos and sound recordings. These materials are now under the care of the Library's Special Collections. 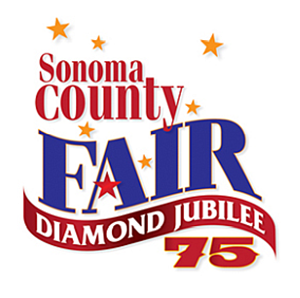 For the Fair's 75th anniversary, the Fair Board donated an number of photographs to the Library outright and loaned many more for digitization as part of a projectby former Sonoma County Library History & Genealogy Library Manager and Sonoma County Archivist, Katherine Rinehart, to create an anniversary exhibit.

Sonoma County Stories -- Voices from Where We Live

The images in this collection have been drawn from the archives of the Sonoma County Historical Society, which were reproduced by the Sonoma County Library and form a significant component of the Library's image collection. The SCHS Collection chronicles many aspects of Sonoma County life, including many images of people, places and events in western Sonoma County area from the late 1800s through the 1950s, collected by Occidental historian, Harry Lapham.

About the Sonoma County Historical Society

The Sonoma County Historical Society (SCHS) promotes our diverse heritage through education, preservation, and community engagement. Since 1962, the Sonoma County Historical Society has been collecting, preserving and retelling Sonoma County's stories. From the quirky, clever, and downright scandalous personalities who shaped our county to the places and events that bore witness to spectacular milestones in our past, the SCHS celebrates our heritage -- while enriching our future.

The Society donated to their photograph collection to the Library in the 1990s and were among the first images digitized.

StoryCenter is a founder of the digital storytelling movement. They organize public and private workshops that provide individuals and organizations with skills and tools that support self-expression, creative practice, and community building.

San Francisco media producer and interdisciplinary artist, Dana Atchley; local theater producer Joe Lambert, along with Nina Mullen founded the San Francisco Digital Media Center in 1994. Over the next several years, the group refined a curriculum that became the basis for a community workshop called “digital storytelling." The Center moved to Berkeley in 1998 and became the Center for Digital Storytelling, and in 2015, the organization became, simply, StoryCenter. StoryCenter has worked with nearly a thousand organizations around the world and trained more than fifteen thousand people in hundreds of workshops to share stories from their lives.

StoryCenter hosted a workshop at the Central Library in Santa Rosa in 2016 and helped participants create the short histories that form California Listens -- Stories about Being Californian. In the aftermath of the 2017 wildfires, StoryCenter helped a number of survivors tell their stories at the Rincon Valley Regional Library; these stories are collected in California Listens -- Stories about Being Californian.

California Listens -- Stories about Being Californian 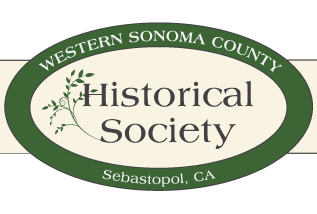 The Western Sonoma County Historical Society is a non-profit organization founded in 1974, and incorporated in 1978 to save the three-acre remnant of Luther Burbank’s Experiment Farm at Gold Ridge in Sebastopol. Later, the Society founded the West County Museum in the Railroad Depot building of the Petaluma & Santa Rosa Railroad on Main Street. Both sites are owned by the City of Sebastopol.

The Library worked with the Society to create the Western Sonoma County Historical Society Collection in 2013, which provides access to the wealth of images found in the West County Museum archives. The collection also serves as an important part of the overall set of Luther Burbank-related materials available through our Digital Collections.

This is from the quartex-front-end repo.